The evolution of a mechanical sea horse.

I don't sell things very often, there's a long story behind this which is not worthy of your time to read, but... I just made a new thing to sell!!

The all new "Baby seahorse" - the Hippocampus Janusii Minor. 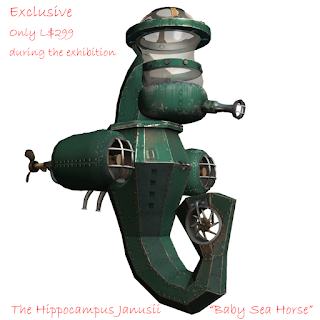 The new creation is being launched at the Great Exhibition of New Babbage, a brilliant event that combines historical reconstruction in true steampunk style and a grand, sales event (in true Second Life style). You can visit the exhibition and see the "hippo" in all her glory by visiting the Verdigris stand 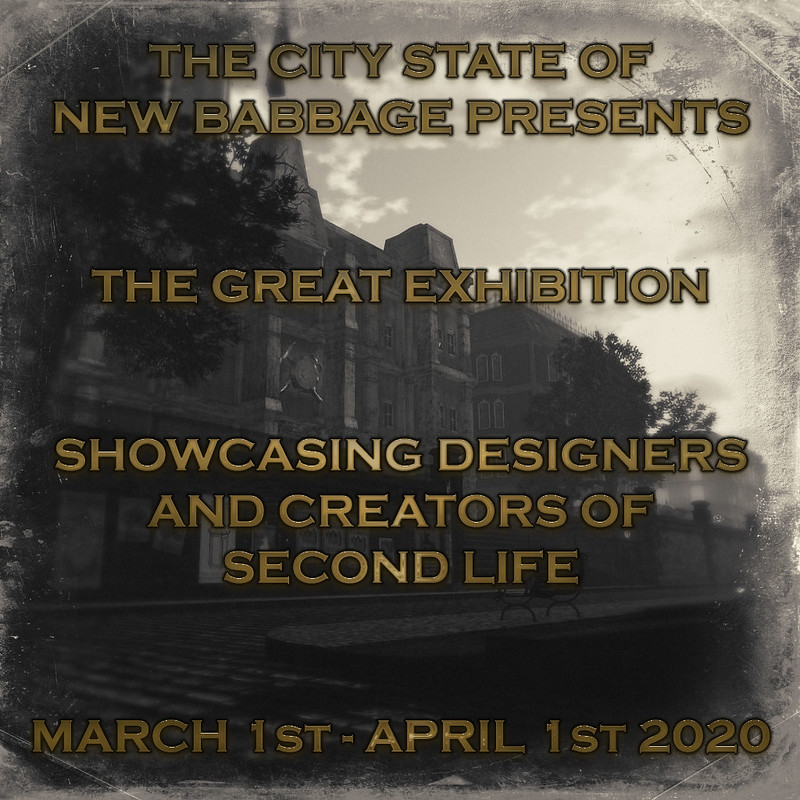 The new Baby will be available for the slashed price of L$299 at the event and includes future updates such as alternate colours, custom animations and a more detailed interior. The price after the event will return to the more normal L$600-ish price.

But is it really new?

Structurally this has been rebuilt completely, it is 100% custom mesh, with materials. It was the first full trial of my new (soon to be officially announced) SL addon for Blender. However, the concept is older and dates back to 2007/2008 when I first moved into my undersea home in the New Babbage ocean sim, the Vernian Sea.

The first Hippocampus submersible was a two or three-seater behemoth, a few months later, a baby version, a single person submersible appeared. The two models are shown here together in a photo from 2008, which finds me working on the engine of the larger beast, while the baby hangs on the hoist. 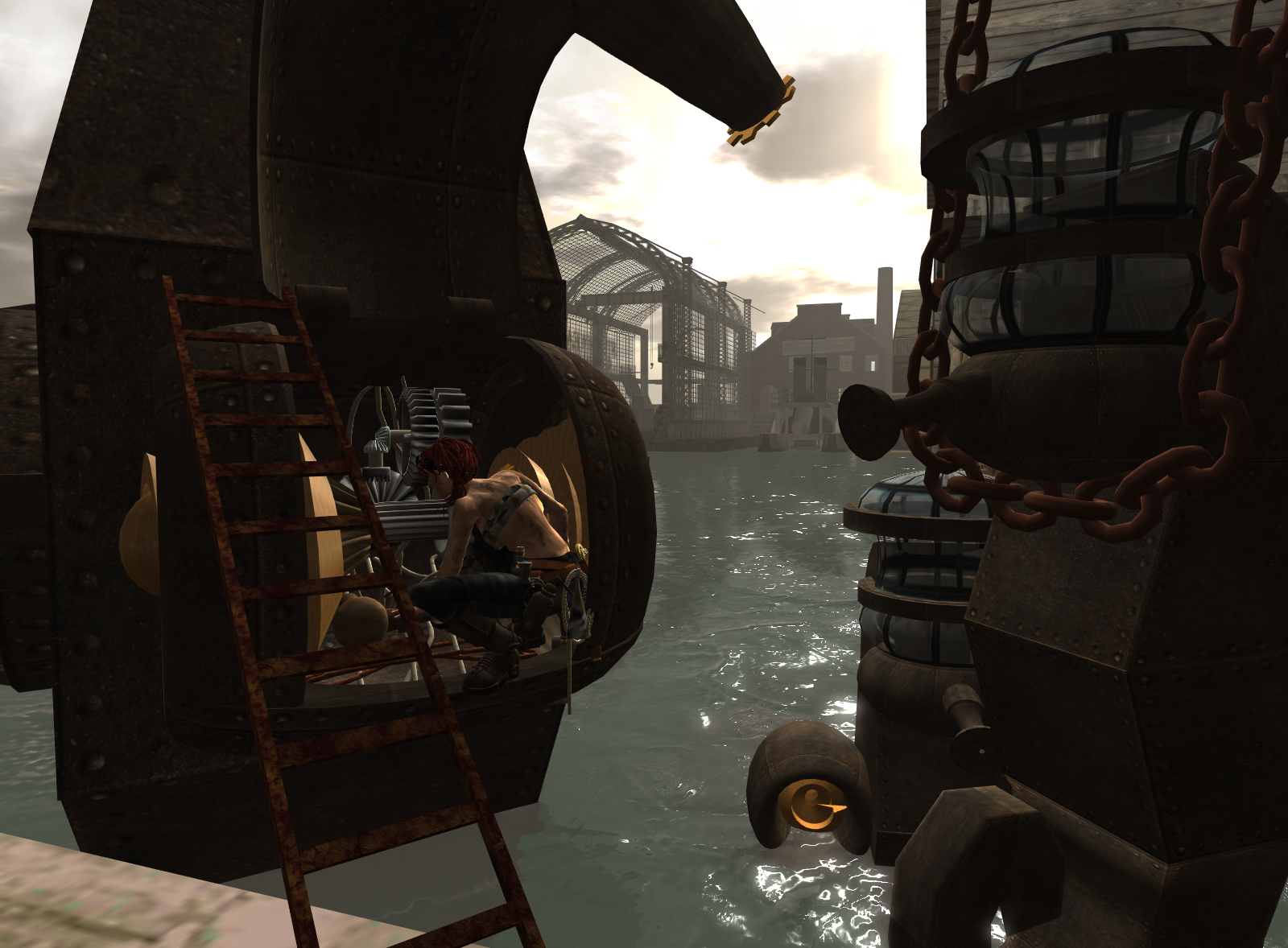 The original baby weighed in at 28 prims, with a sculpted tail and fins. It was later enhanced with two side propulsion pods. 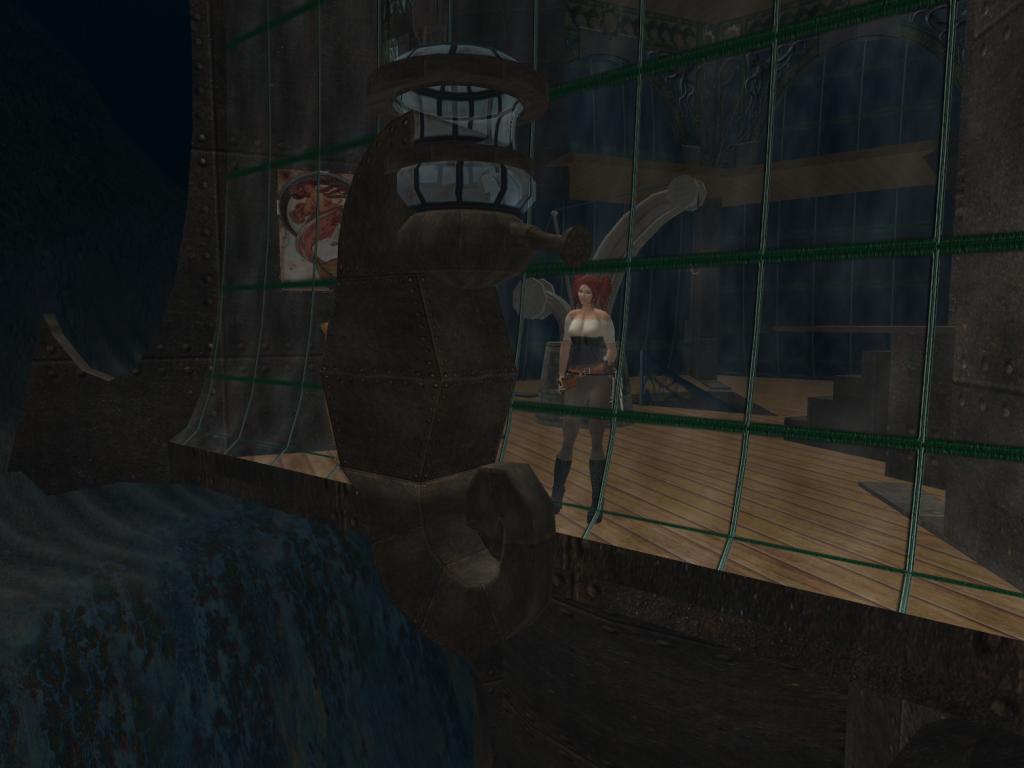 The new model, I hope pays homage to the original design, but also serves to show how Second Life and my own content creation capabilities have evolved.

Watch this space for more news soon, I'm going to revise my 2016 tutorial on converting prims to mesh using Blender.

The great exhibition is open until April 1st, don't be an Aprils fool and miss it.