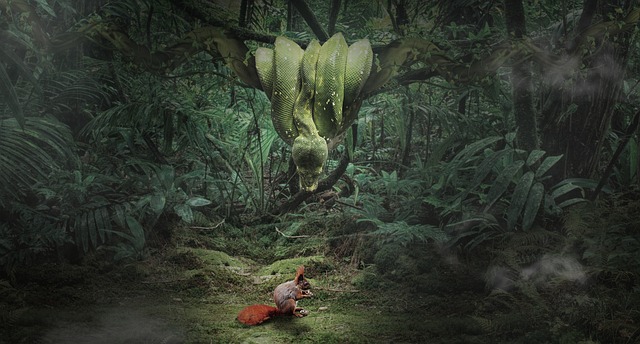 Deep in the warren-like tunnels of the Second Life viewer code base lurk many beasts that hide in the shadows. One such beast that often shows itself at the most unexpected times pouncing upon poor unsuspecting builders, is known as the MOMINAS (Material Of Model Is Not A Subset).

OK, the boring version. The next Firestorm should have my rewritten mesh validation that supports proper material subsets. You will no longer be forced to keep a "single triangle" placeholder cluttering up your LODs. Furthermore, two new error codes have been added to replace cases where past laziness has reused the same error code for very different issues.
Back to our tale...

The Tale Of The MOMINAS

It's a regular Friday evening at the builders' tavern, "The Prim and Proper", and many regulars are clustered around the small tables or slumped at the bar. All of a sudden, the door flies open, drawing mutterings about better door spells and smooth rotations from the occupants. A forlorn figure stumbles in from the foggy evening outside. Battered and bruised, their overalls torn and smeared with what everyone hopes is grease, the new arrival stumbles to the bar.

A tankard of foaming beer slams onto the bar, accompanied by a loud chuckle.

"Blimey, someone's had a bad day of it. There ya go, get that down ya." Malcolm, the gentle giant of a Landlord at "the Prim" has seen it all in his time.

The newcomer mumbles a thank you and sips at the beer. A minute or so passes, the background babble of the pub returns to its normal levels.

"All day! All bloody day...!" The outburst takes a number of customers by surprise and heads turn towards the newcomer again, who is staring, wild-eyed and unfocused across the bar, their arm protectively wrapped around their drink. "Fighting them, time and again, one after another. Every time I get rid of one of them, another leaps up in its place." A pause, a large gulp of beer and the newcomer turns, "MOMINAS!", they exclaim woefully, and a look of pity and recognition spreads across the assembled faces.

"They wasn't never meant to be, ya know." A cracked old voice, suggests as old Alex emerges from the shadows, ready to impart the acquired wisdom of his many years. Ignoring the questionable grammar, the newcomer turns to listen. "They's gotten too full of 'emselves ya see. Yer common or garden MOMINAS was only meant to tell you when you'd broken the laws of LOD, but they've been out o' control for years. Bad as dem MAVBLOCKs if you asks me. Prolly worse now since The Taming."

Mutterings of agreement, echo through the crowd. "Back in the day, the MOMINAS, was bred in the Lab, special-like, as a guardian to sniff out material errors in LODs that would corrupt your constructions. But "Material Of Model Is Not A Subset" to give the MOMINAS, its proper name, escaped the wards and cages of the Lab when Mesh was released and it went feral. Since then the MOMINAS has lurked in dark places, attacking lone builders without cause, spreading confusion, and worse....", the rheumy old eyes scanned the bar, flourishing his empty tankard, "... far worse...", he gave a little cough and smacked his lips, until a fresh tankard of frothing brew was thrust towards him by Malcolm. "Inefficiency!" He exploded, "it makes your stuff worse not better" the old man cackled, and a shocked hush spread,

"yes yes," he mused, toothlessly. "They was meant to make sure your LODs were aligned to the HIGH LOD. Even those first year's at the academy get taught the laws of LOD by rote; how every LOD must have exactly the same materials as the LOD above, but the laws is ... corrupted." A spray of spittle emphasises his disgust. He nods to himself and slurps his beer.

"Subsets, ya see, Sub Sets." stressing each syllable as if in the hope it would give it more meaning.  "It was meant to be that you only 'ad to 'ave a proper subset. If your house was built of Brick, Stone, Glass and Wood, then your LOD could use any mix of those, but not add Metal. A Medium LOD with no Glass should be fine. But oh no, no no no no no the MOMINAS had other ideas. and for years they's been forcing us all to think we had to have all the materials in every LOD. That ain't no subset! Any fool can see that." Banging his tankard down with a crash upon the bar as if to vanquish the monsters, the old man paused, looking slowly around as if to gauge his chances of gaining another free beer. But before he could try his luck, a voice spoke from the shadowy corner.

"You're mostly right, old man.", said a woman's voice, its owner stepping out of the shadows. "but things are about to change." Whispers spread rapidly through the tavern, replaced just as quickly by an expectant hush." What you know is true. The laws of LOD are correct in saying that a lower LOD must use a subset of the materials used for the HIGH LOD, but it has been incorrectly enforced, probably since mesh was introduced.
Every Mesh has a numbered list of "Material Faces" up to 8, and when a LOD is defined it must use the materials from that list.
Thus a Cube with six materials, Red, Yellow, Cyan, Magenta, Blue and Green. Could have a MEDIUM LOD with only Red, Yellow, Green. But it cannot have Black, Yellow, Green because Black is not part of the original.  Therefore a proper valid subset of the Materials should be allowed.
However, the spells and enchantments that were woven to validate mesh (or code as some call it) is flawed and whether through the misunderstanding of the wizard that cast it, or a series of errors on their part, it enforces a full match rather than a subset.
This is bad for a couple of reasons.
1) The underlying error code is misleading
2) Adding 6 redundant triangles to your LOWEST LOD is a costly waste of resources that limits your ability to make a good LOD model and can increase the land impact.
I have recently changed all of these flawed enchantments so that a proper subset is now supported.
At a technical level, an empty placeholder is created for every unused material, allowing a proper subset to pass through all the validation checks unhindered by the MOMINAS guardians.

So what does this mean in practice?

If you are diligently creating your "Imposter" model for the LOWEST LOD, you will typically do that either on a dedicated material or using "Spare UV space" on another face. Historically this left you also having to have tiny triangles assigned to every other material from the HIGH LOD with these changes you now have complete freedom, so long as your LOD is a valid subset.

Over the years, through laziness or lack of time, the MOMINAS guardian has been set to guard other, often completely unrelated problems. This has lead to a MOMINAS attack for errors that have nothing at all to do with Materials, subsets or otherwise. Other examples are:
1) No High LOD Model found - this generally indicates a more significant failure to read the Collada scrolls describing this mesh.
2) LOD model mismatch - this generally means that the matching spell, that attempts to associate parts of the LOD to the HIGH LOD, has failed to match (names are wrong, you specified the wrong scrolls etc)
These have been assigned two new guardians dedicated to their specific tasks.
Keep an eye out for other unwarranted attacks and report them to me. I can try to tame them.

How do we get these?

A new Firestorm viewer is expected to be released "soon". The QA testing period should begin soon and all being well, a release will follow that has these, and some other benefits which I'll explain over another tankard, another day..
Posted by Beq