Tell your friends - An old bug that people really ought to know about.

I was reminded today that people remain largely unaware of an old bug spotted five years back by Drongle McMahon and which remains unfixed.

I first became fully aware of this during an investigation with Antony Fairport and the ensuing discussions with Rey (Chinrey). Given that it remains a problem and that many people do not realise it, I thought I would write a quick and concise (by my standards) example of what the problem is.

Summary: Due to a bug in the viewer, the bounding box for meshes with only 3 or 4 faces ignores the Z-axis completely.

You may recall that the bounding box is important when considering the transition between LODs. My 2012 blog post "Too much information" explains the role of the bounding box for those unfamiliar. 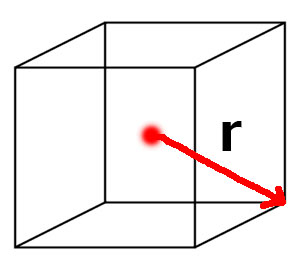 Given that the radius (r) is defined in terms of all the axes, if Z is dominant and then ignored, the effective radius is much smaller than it ought to be and as a result, the LOD transitions happen a lot sooner.

The demonstration is very simple. I created five identical Mesh columns using Mesh Studio (MS). I gave them each a different number of texture faces. Right to left in the image we have the prim models for one face through to five with the MS floating text to confirm this. They were then each uploaded identically. The model was the HIGH and all other LOD models were minimised so that the object would collapse to minimal triangles as soon as the HIGH LOD went out of range. 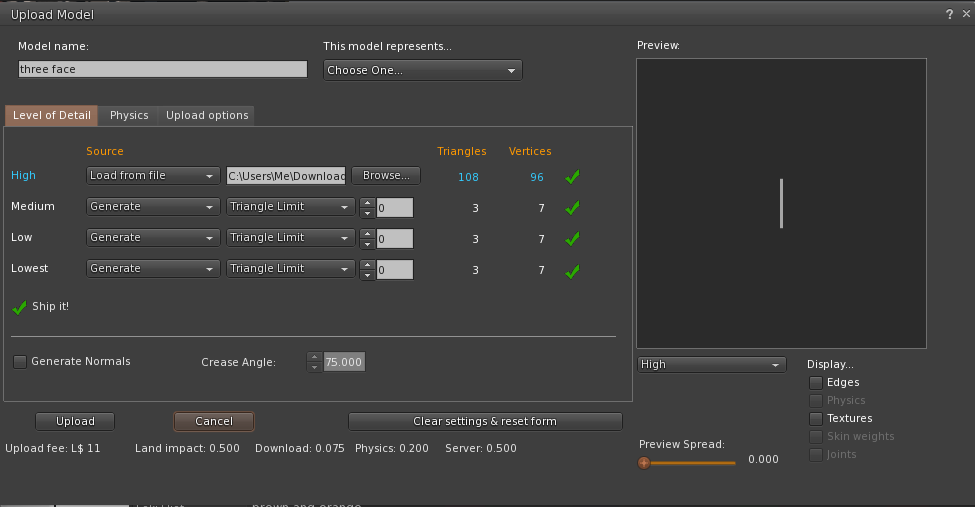 Lining these all up alongside their prim equivalents and panning out demonstrates the issue very clearly as the following gif shows.

I hope that this helps make the issue a little more obvious and if you are only now learning, or being reminded of this, then please share as widely as you can so that people are not accidently impacted by it.